A downloadable game for Windows

SEIZURE WARNING: MAY HAVE FLASHING OR MOVING IMAGES, SPRITES OR PATTERNS. PEOPLE WHO ARE PRONE TO EPILEPTIC EPISODES MAY WANT TO CONSULT A DOCTOR BEFORE PLAYING.

We at OviManic, have discovered a few abandoned arcade machines and video game cartridges that all share the same name: OviVixen. We don’t know much about the games other than it was claimed by the FBI out of the mansion of a real estate agent named Friedrich Baudervick: who under federal reports, has not been seen or heard of since April of 2001. He apparently ran a side business in game development, but we have not received any more information about Baudervick from any of the most well-known video game publishers.

Only one game has some history: The 1984 OviVixen arcade cabinet. This game seemingly made its first and only debut in a bar in Milton, Wisconsin. The game was then removed a day later after the bar owner caught his son playing it around closing time. The owner last saw Baudervick muttering obscenities while removing the cabinet from the premises.

Currently, we successfully have the first version of the OviVixen arcade functioning in a digital format; however, the second version and the following cartridges were found in an unbootable state, so it is going to take some time to build each back to more functioning condition.

What we gathered from the working arcade version, it centers around some fairy fox woman trying to save a princess from round angry rabbits.

The goal of each level is to lay three eggs, and protect yourself and the eggs from the rabbits (who are oddly called Nus) until time runs out. Successfully having three eggs in the level when time runs out will have the “sprite” proceed to the next level. To protect the eggs, the sprite can lay another egg that is meant to run down passing enemies: it is possibly meant to be used when more than one egg needs protecting. After beating two levels, the third level has a boss that requires more eggs to take down. What we gathered from the cabinet’s description, BigNu is the main villain. The game has fifteen levels; after which, it cycles back to the first like any other early arcade game.

Looking through the files from the unbootable versions, it appears that all the other games share the same premise; however, the later console versions look like they go through a complete overhaul in style and gameplay.

The zip. File contains our launcher alongside the working arcade game. This game and upcoming games is and will be interconnected with the launcher, so some settings made to the launcher will translate into the game.

The launcher, game, and further updates are free for all users; never the less, we are open to donations, so we can release later versions much faster.

For now, how about a little challenge! Can you beat the Fifteen Levels and exceed our Highscore. There's a little gift if you do! It ain't much, but it's a start! 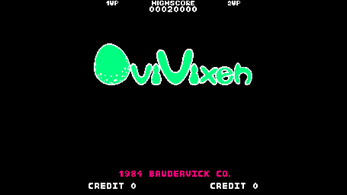 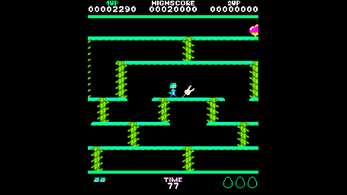 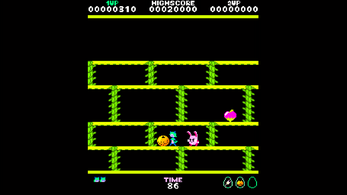 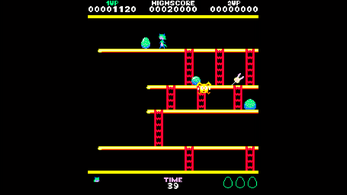 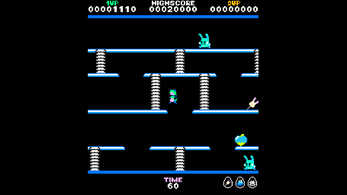